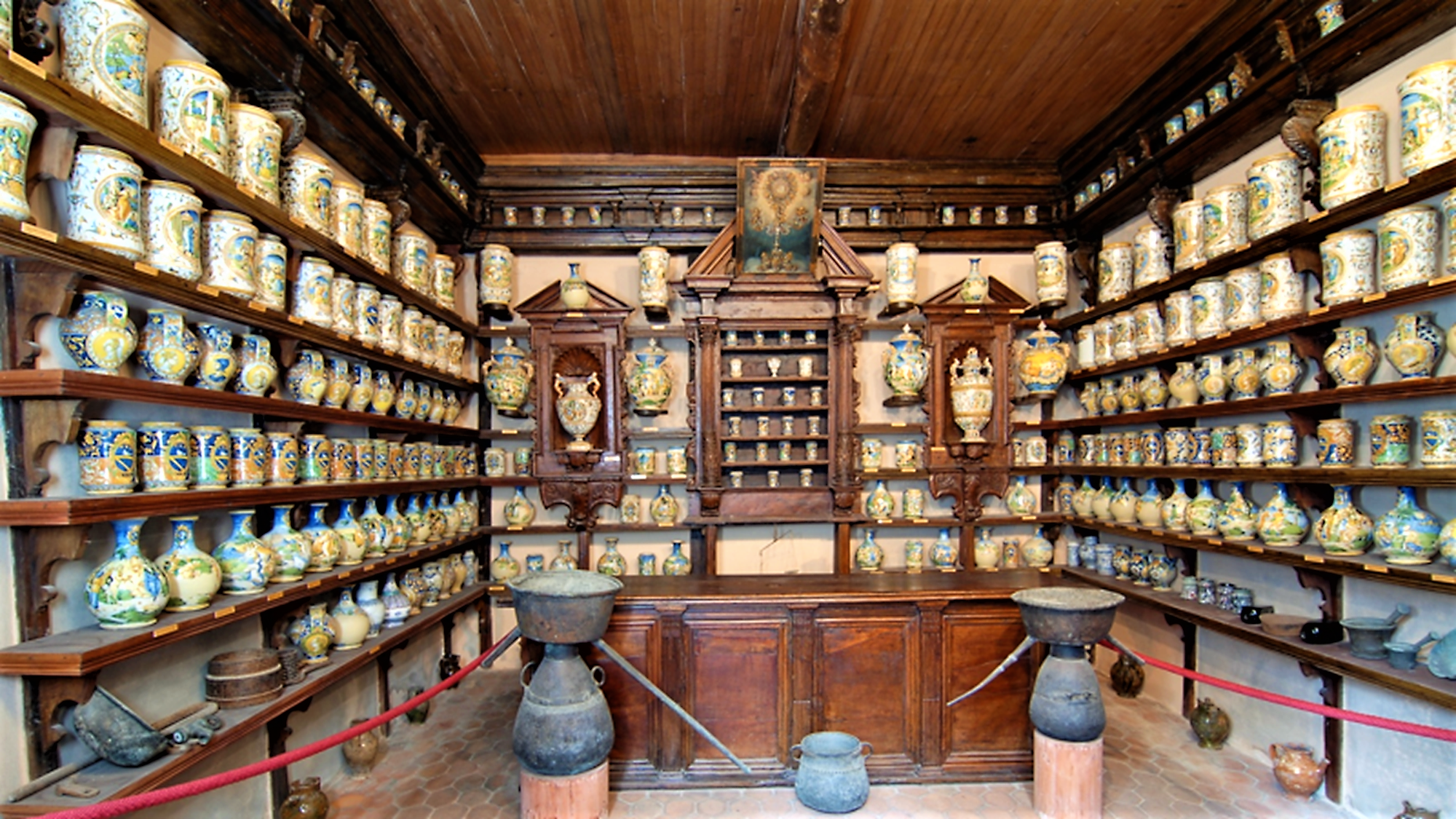 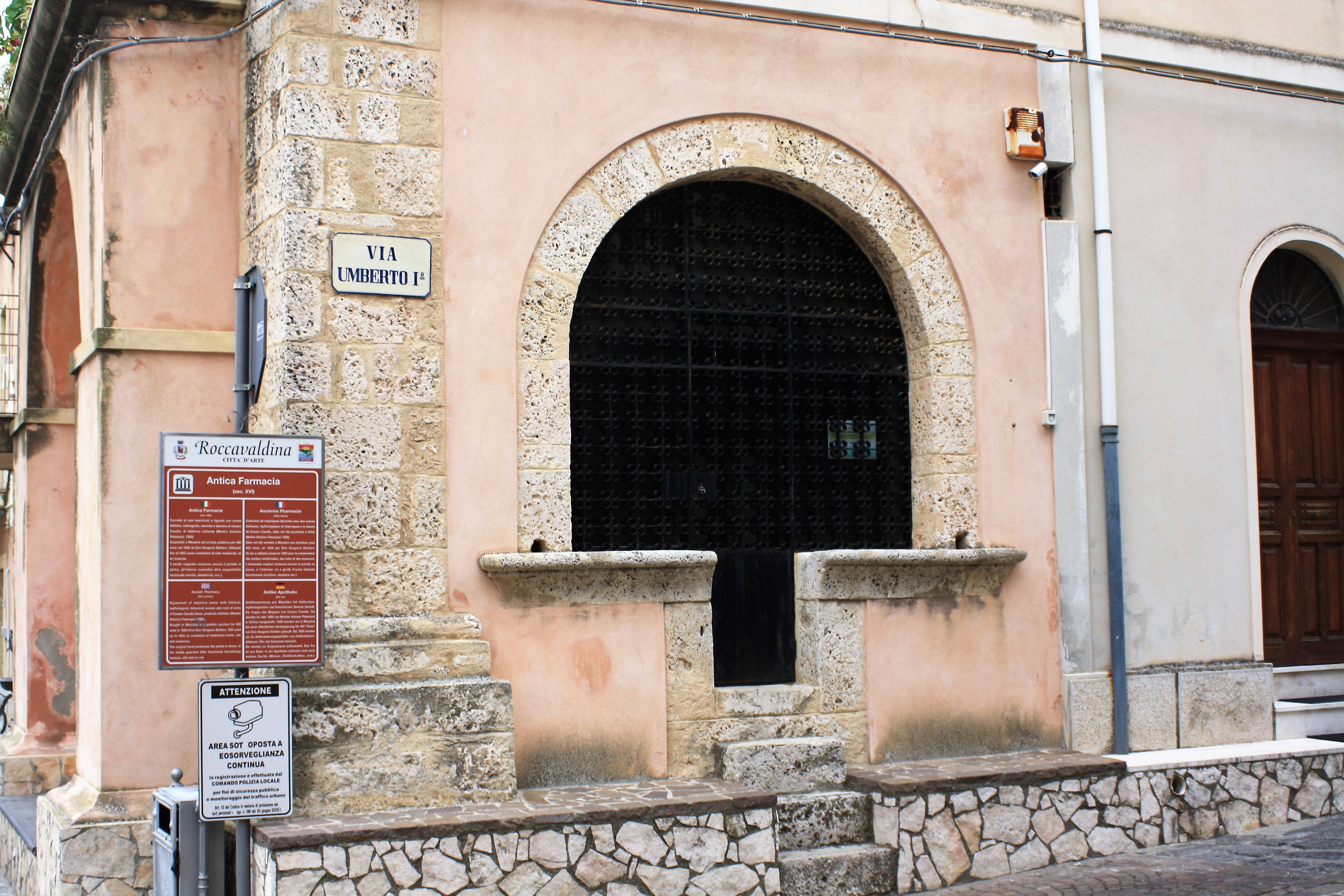 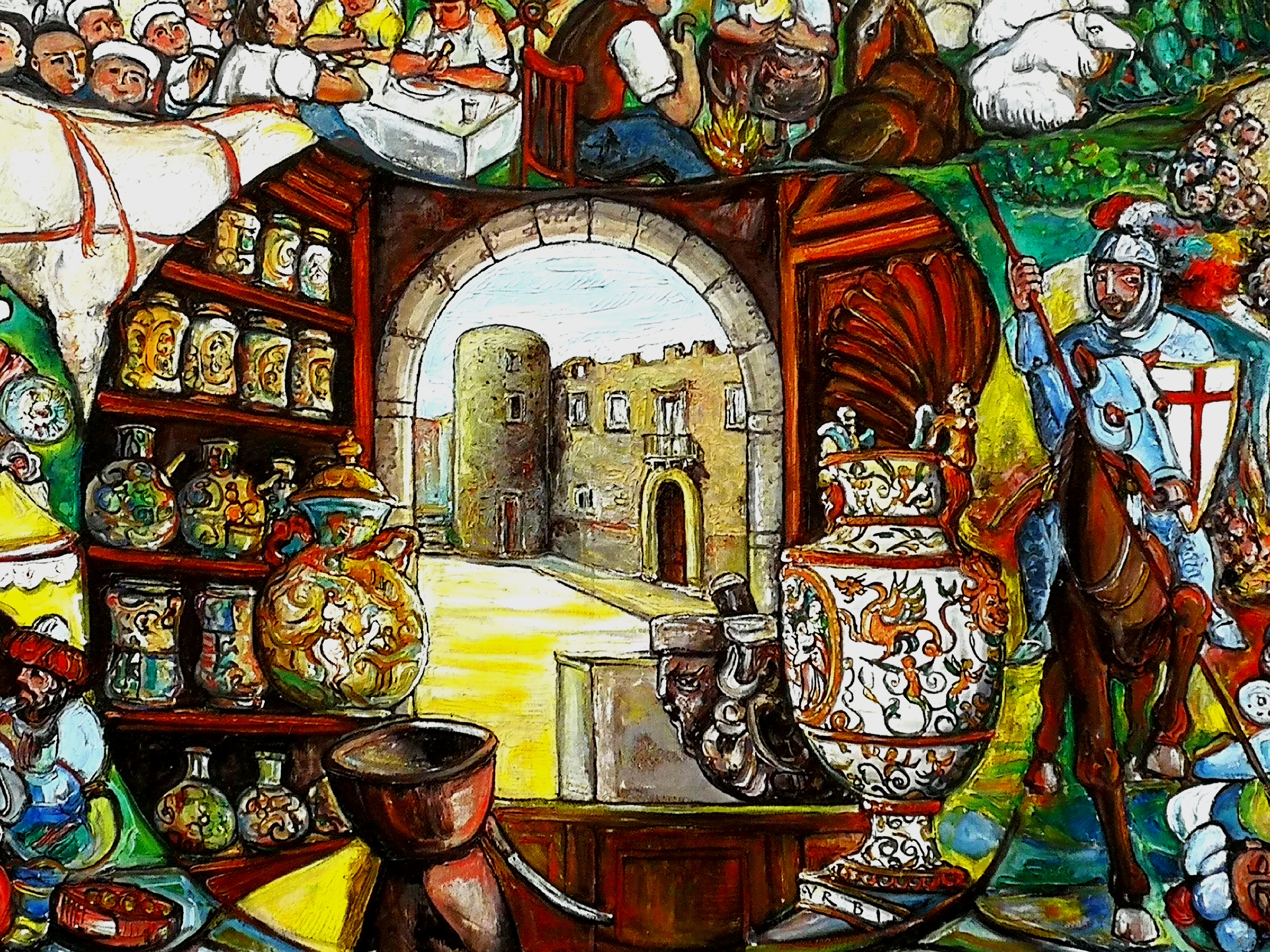 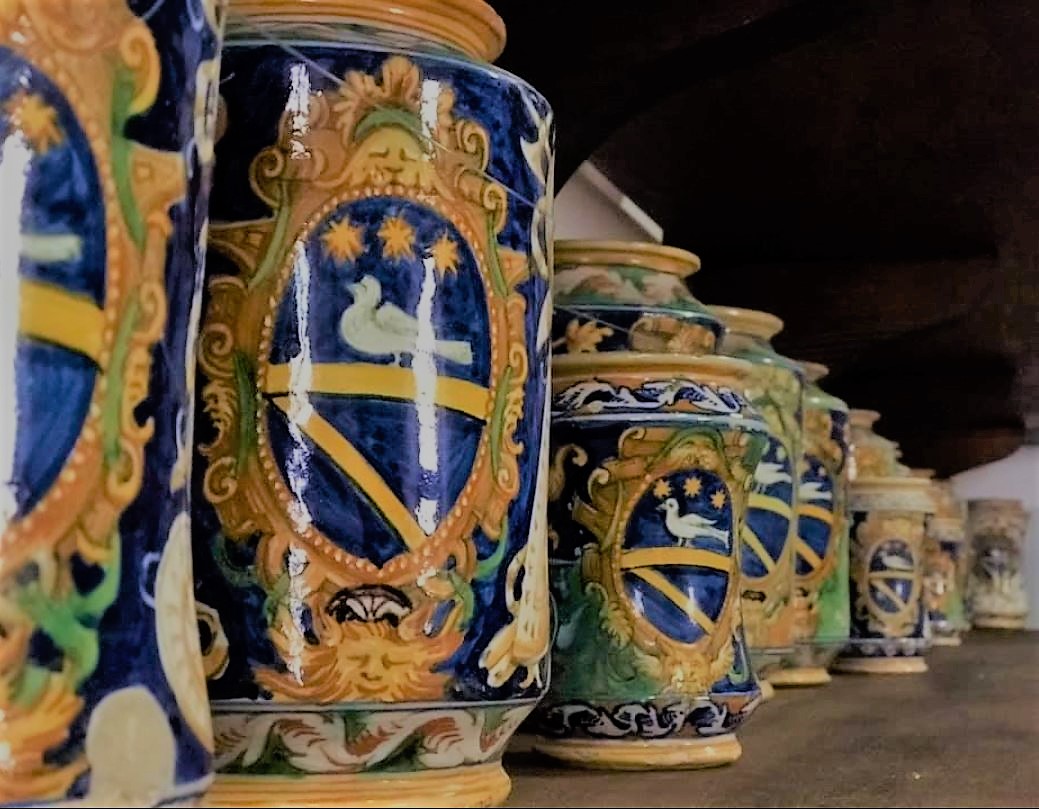 In a small but charming medieval "shop" located in the main town square there is one of the most precious pharmaceutical vase collections of the sixteenth century in the world.

We are talking about the "Museo Farmacia Cinquecentesca" that with its small size offers the visitor a vision that takes your breath away by taking it back 4 centuries.

The collection of the Spezieria consists of 238 vases of various shapes and sizes made in 1580 in Urbino, in the workshop of the master Antonio Patanazzi.

On the small and medium albarelli we find mythological, biblical and historical scenes, all surrounded by Raphael decorations (grotesque). 54 brocchette and albarelli present decorations with trophies of weapons, books and musical instruments on a blue base that frame virile busts or muliebri inside yellow medallions. 71 small and medium-sized jugs and albarelli are decorated in quarters, in regular pieces interrupted by branches with leaves, flowers, birds. The vases do not bear pharmaceutical indications, but on all there is a heraldic coat of arms consisting of: "truncated shield with orange band on turquoise at the bottom, white dove and three stars on turquoise at the top" and on some vessels in the frame of the shield there is the name of Cesaro Candia.

Recent studies indicate Cesare Candia as a merchant from Messina, heir of the great intermediaries who in the Renaissance imported majolica to Sicily. He commissioned from workshops in Urbino, Faenza and Venice large quantities of pottery for the Sicilian apothecaries. A characteristic that unites the vases of Roccavaldina with other orders addressed to him is the inclusion of workshop signs in the decorative apparatus and aesthetic orientations.

Forty-eight years after their manufacture the vases of the "Candia kit", were sold by the Messina merchant Francesco Benenato to the Roccese Don Gregorio Bottaro who donated it in 1628 to the Brotherhood of the SS. Sacramento constituted in the Mother Church of Rocca, requiring them to distribute free medicine to the poor sick of Rocca in the "workshop", donated to the brotherhood by Don Pietro Valdina in 1626.

In 1882 the suppression of the religious guilds imposed to the Brotherhood of the SS. Sacrament to leave the "apothecary" which remained to the Mother Church of Rocca until 1900 when the pharmaceutical equipment was transferred to the Municipal Assistance Agency.Then after 66 years of oblivion, in 1966/67 the entire set of vases was brought to Faenza, where it was restored with the technical collaboration of Prof. Giuseppe Liverani, Director of the International Museum of Ceramics and through the work of the students of the course of restoration of the Institute of Art "Gaetano Ballardini".

The collection returned to its headquarters in 1968 and today the Municipality of Roccavaldina preserves this masterpiece of art. 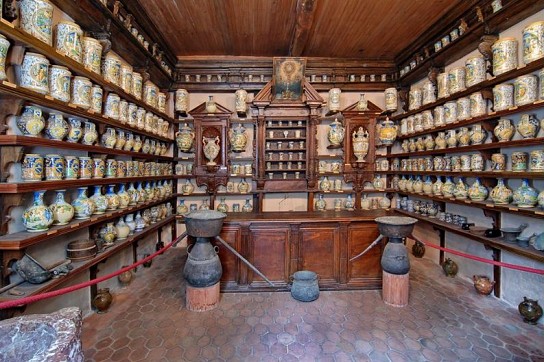