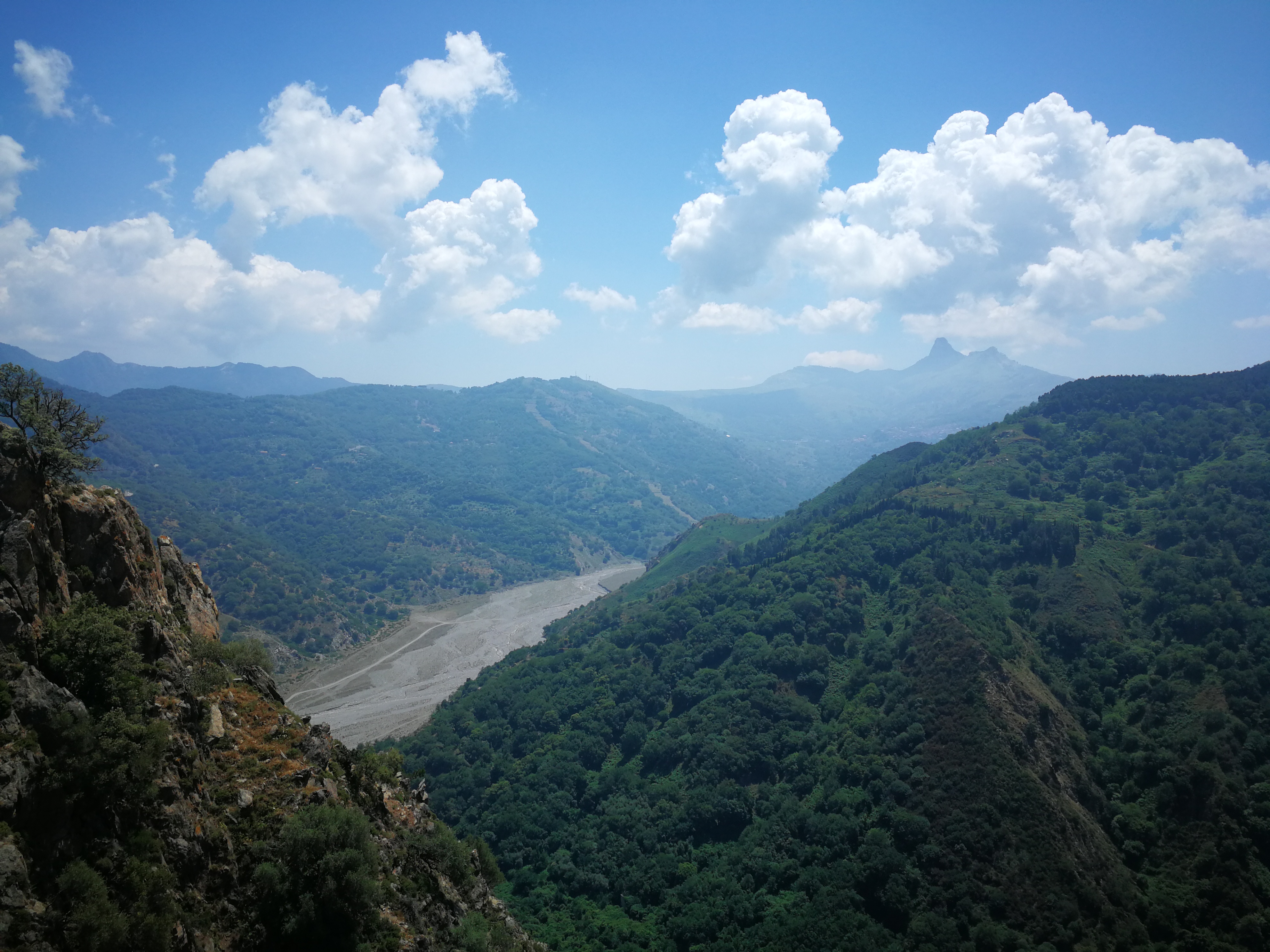 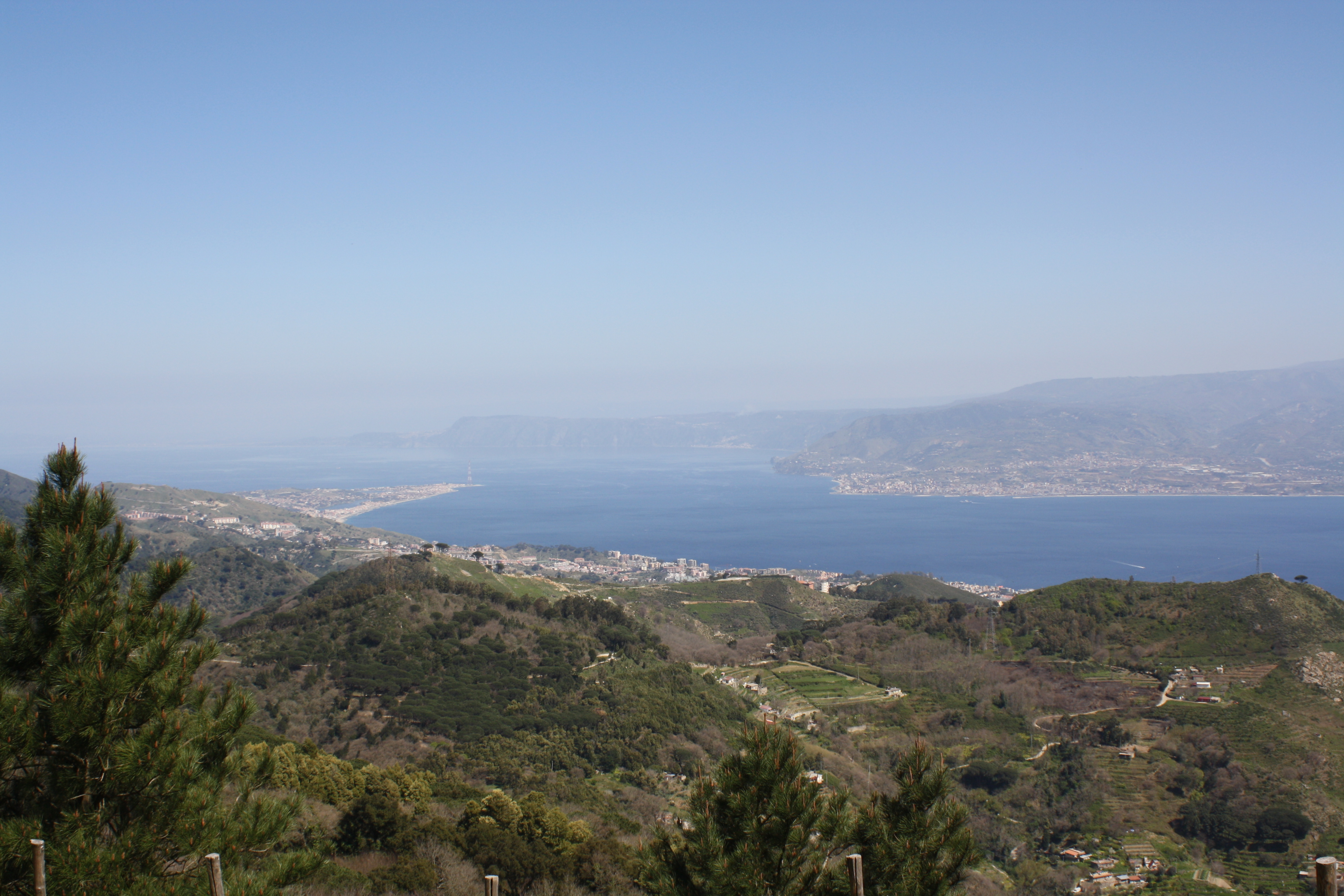 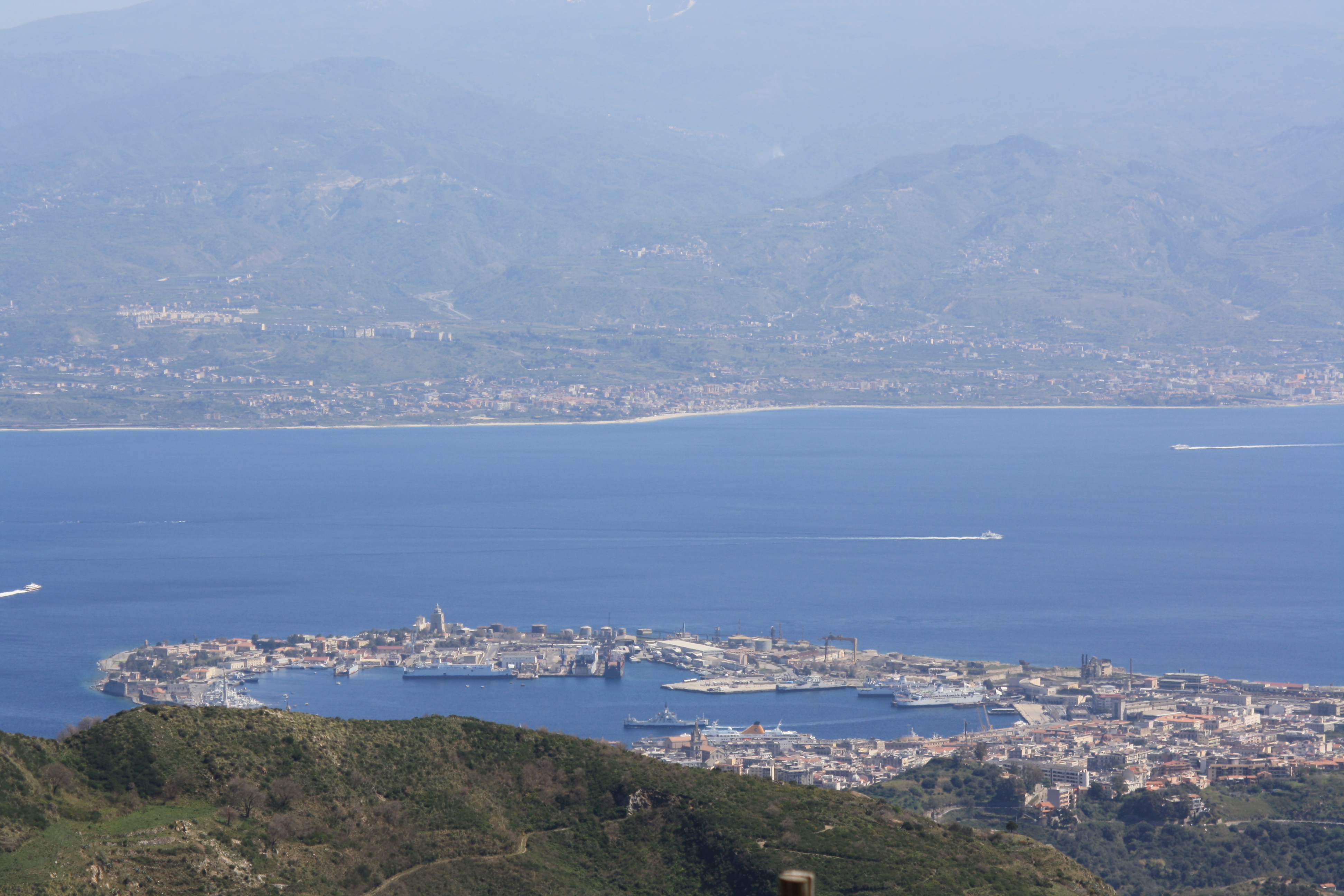 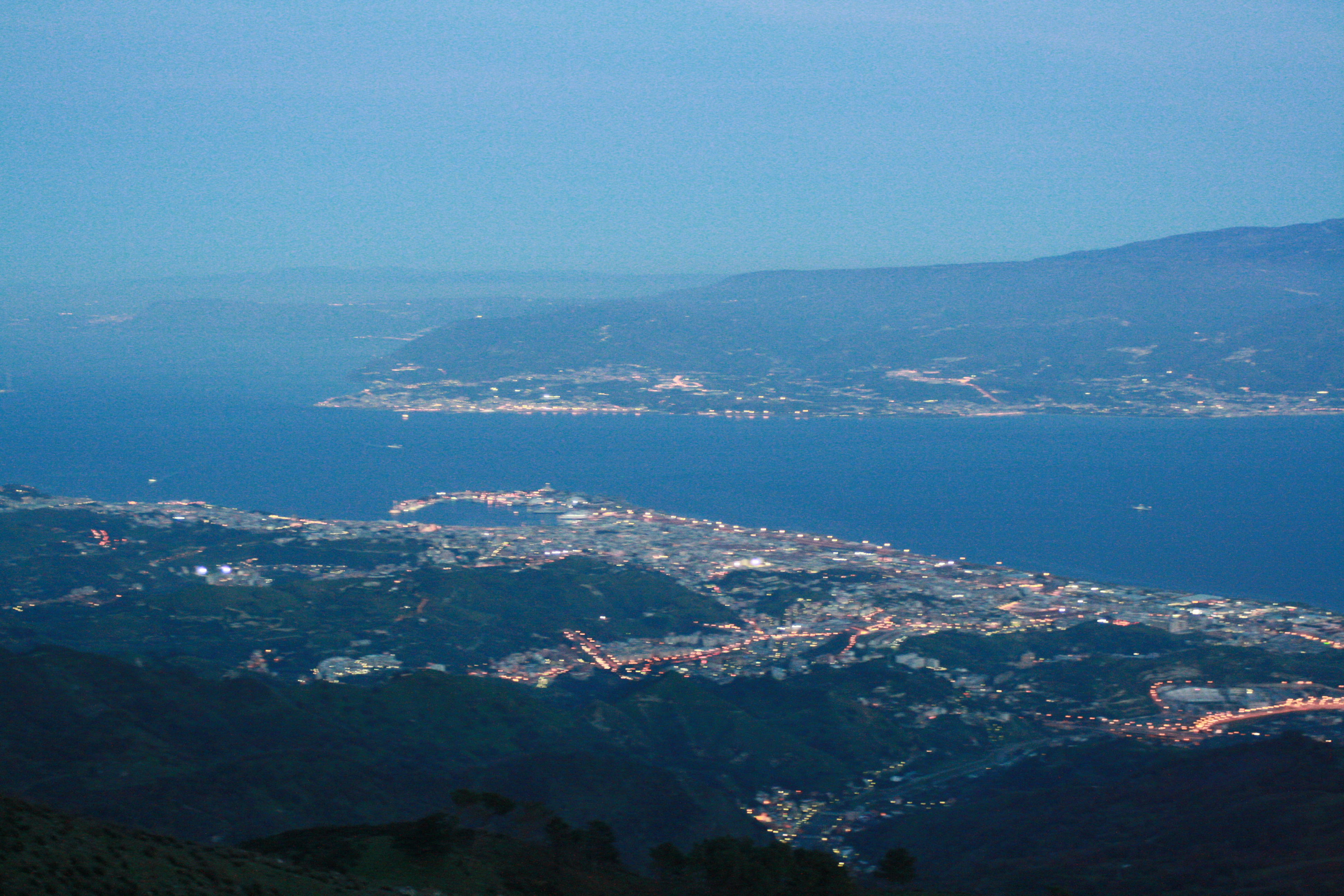 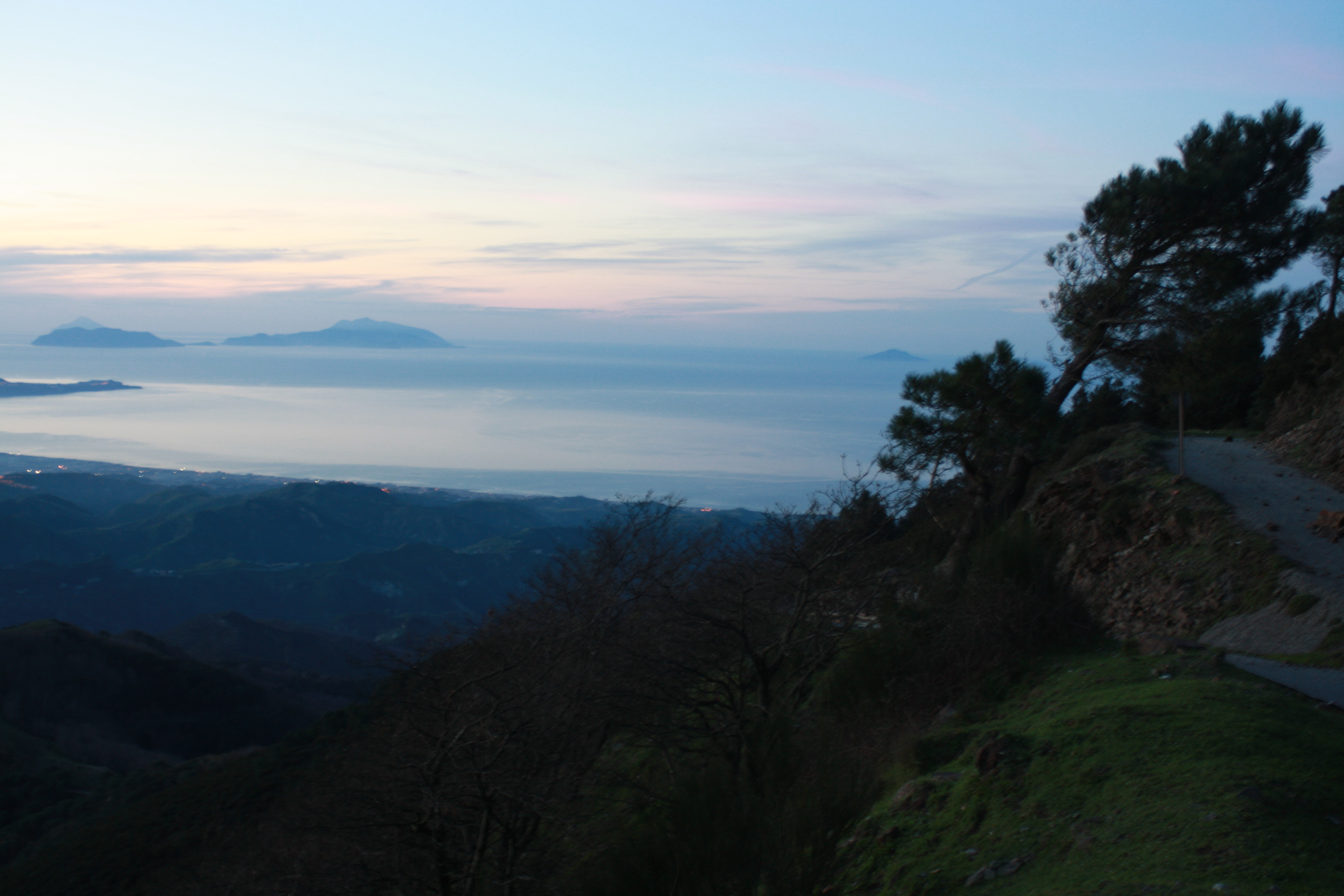 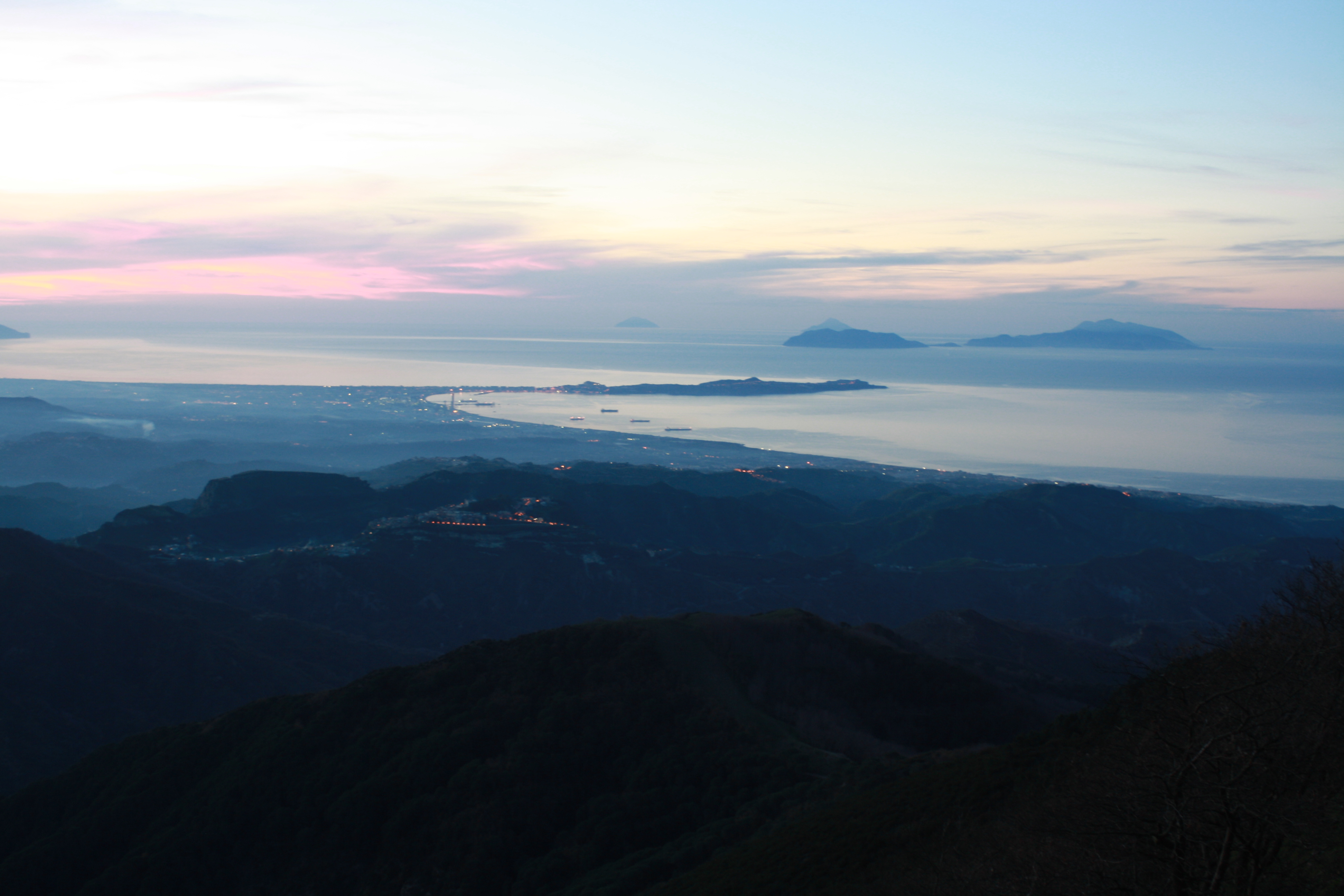 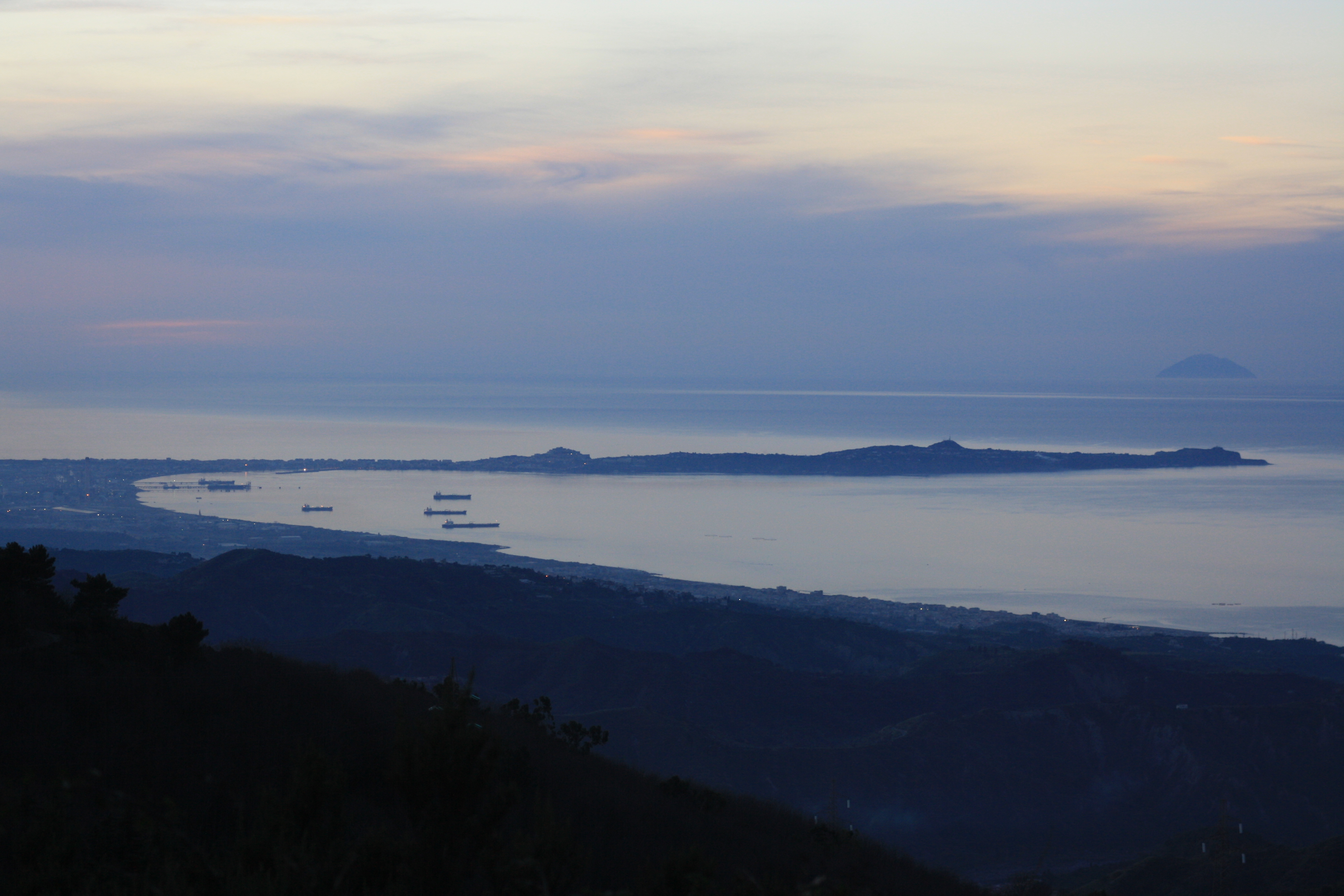 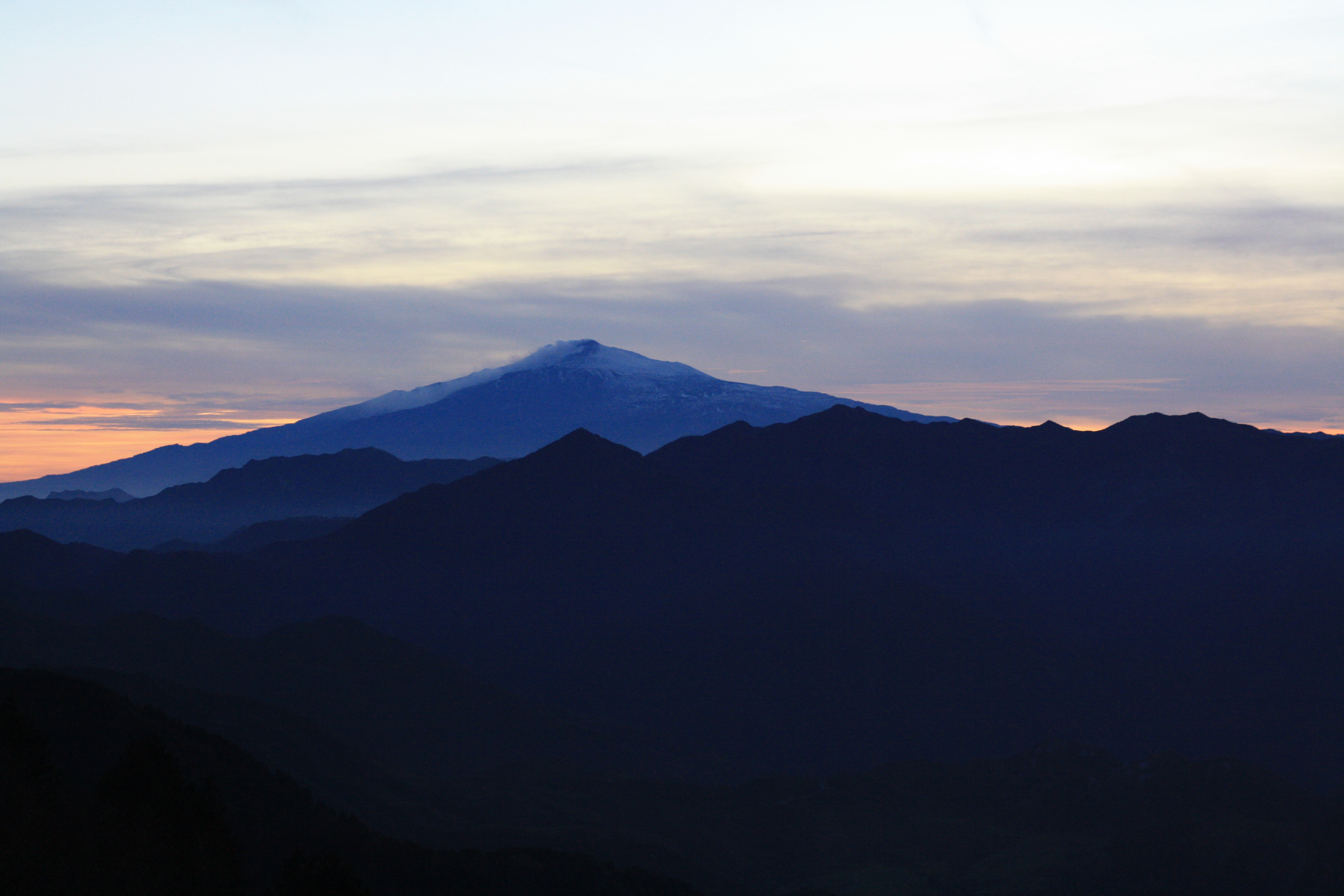 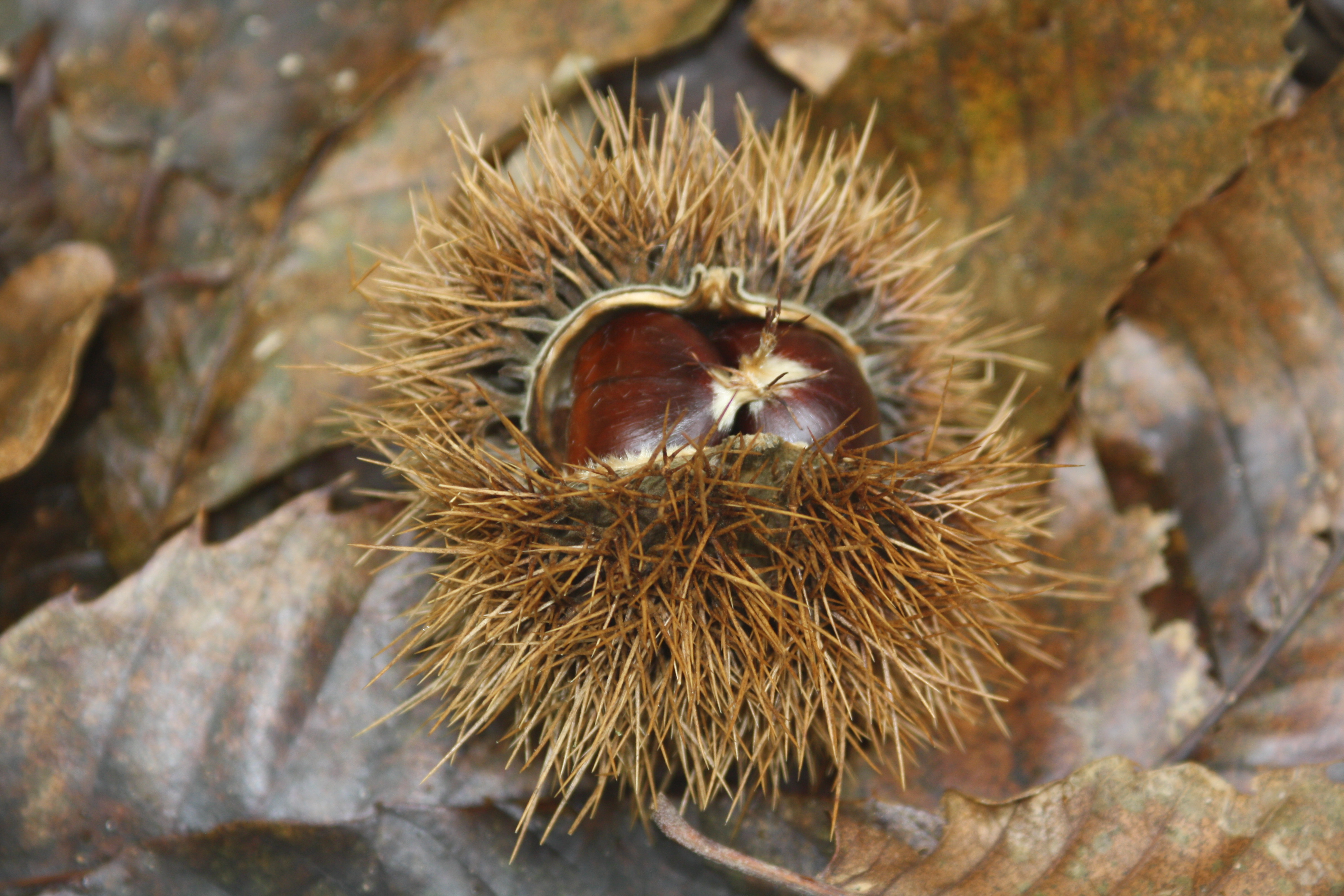 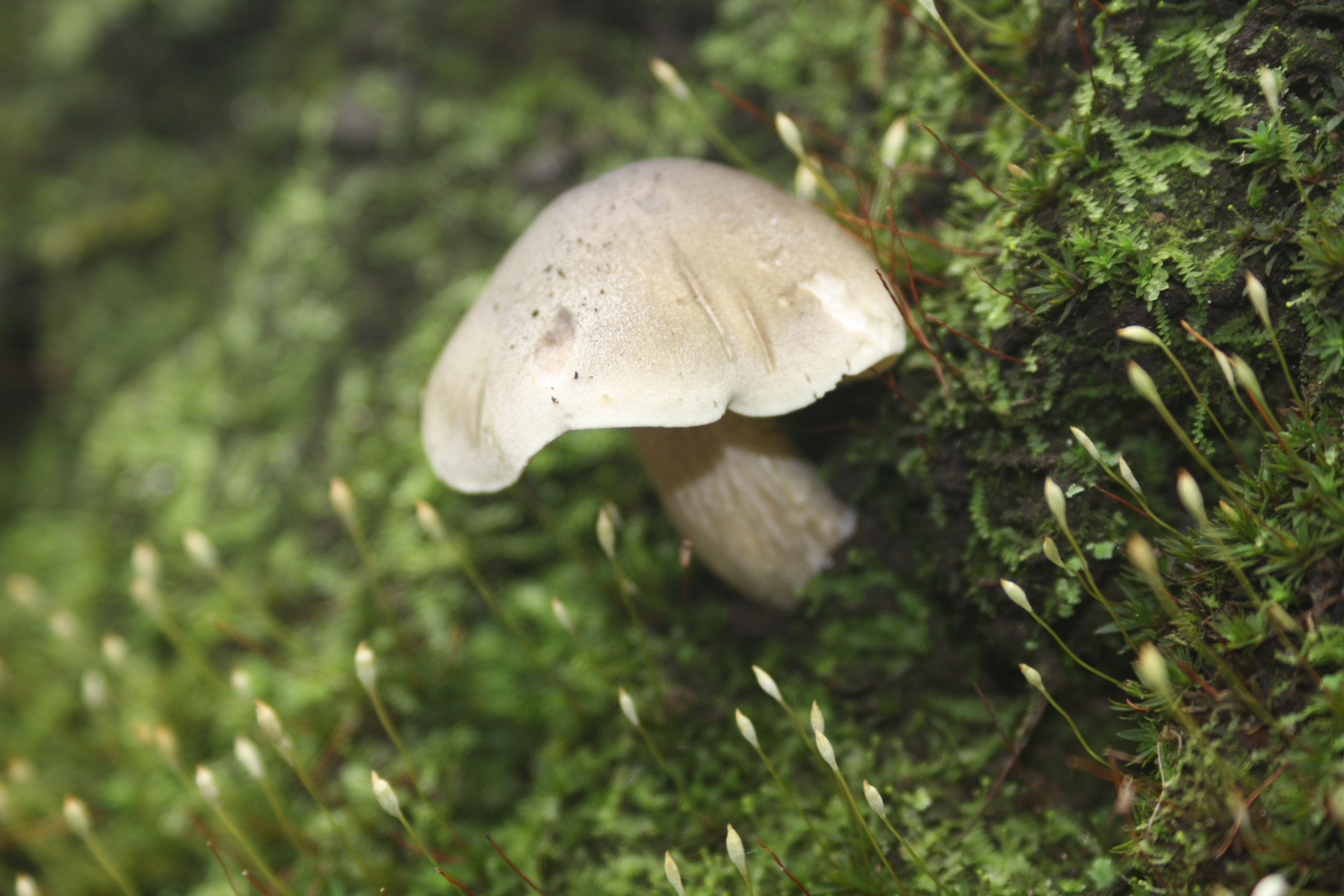 The Peloritani Mountains are a natural continuation of the Calabrian Apennines, extended for about 65 km and embracing the northeastern tip of Sicily, from Capo Peloro on the Strait of Messina heading west until it joins the Nebrodi Mountains.

On the south-west towards Etna, the offshoots of the Peloritani descend into the valley of the river Alcantara, which flows south of Giardini Naxos.

On the north they are bordered by the Tyrrhenian Sea looking at the Aeolian Islands and to the east by the Ionian Sea.

The highest peak of the Peloritana chain is the Montagna Grande (1374 m) between Motta Camastra and Antillo followed by Rocca Novara (1340 m) between Novara di Sicilia and Fondachelli-Fantina. Monte Scuderi (1253 m) between Messina, Itala, Ali and Fiumedinisi is famous for the ancient mines and especially for the legend of a mythical treasure buried in its bowels. Interesting also Monte Dinnammare that with 1124 m. dominates the city of Messina and offers already with an easy excursion, spectacular views.

The Peloritans have a morphology characterized by a long series of peaks, ridges and ravines. From the crest line which has an average altitude of 800-1000 m, several streams make their way towards the sea forming deep gorges that open in the valley in large rivers debris.

The geological structure of the Peloritani is a real treasure chest of "biodiversity of the stone" mainly composed of rocks of magmatic or metamorphic origin. Stratifications of Laurenziano shale, granites, phylline, gneiss prevail. The presence of soil of sandstone origin is frequent.

Despite the degradation caused by man and fires that have greatly reduced the original forests of oak, holm oak, cork, chestnut, beech, causing the passage from the forest to the bush, to go to the garrigue to a real steppe, there are about 1500 plant entities present along the peloritana chain.

Only in the most inaccessible areas are preserved nuclei of natural woods of oak and holm oak or Mediterranean scrub with predominance of heather, cistus, strawberry tree and broom. Significant is the case of the forests that gravitate around Colle S. Rizzo, where 92 different types of forest have been classified.

From the faunal point of view, the Peloritani Mountains offer a remarkable biodiversity. Being along the most beaten migratory routes, this mountain range is a special place to observe the avifauna and not only the migratory one: 327 the species of birds sighted, of which 90 are protected under Directive CEE 79/407; 60 the nesting species; 38 the diurnal and nocturnal raptors.

Over the centuries, the human presence in the Peloritana area has left significant traces of anthropological, historical, architectural and archaeological. Along the "Peloritana Ridge", an ancient road that develops almost all along the crest line of the mountain range you can come into contact with small villages, castles, churches, monasteries, fortifications and military roads, ancient mines, fountains, water mills, palmenti, trappeti, neviere, rural houses, fences for animals, dry stone walls, archaeological sites, sanctuaries and pilgrimages, festivals and polar traditions among the most varied. A heritage still little known that for its wealth deserves to be explored. 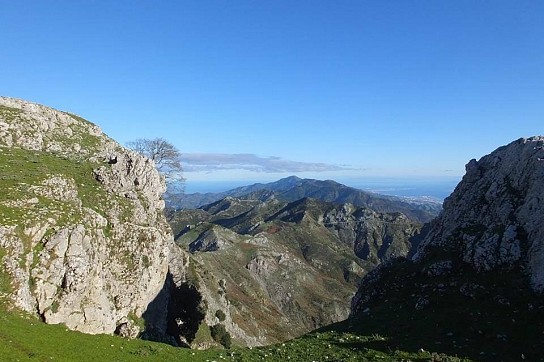