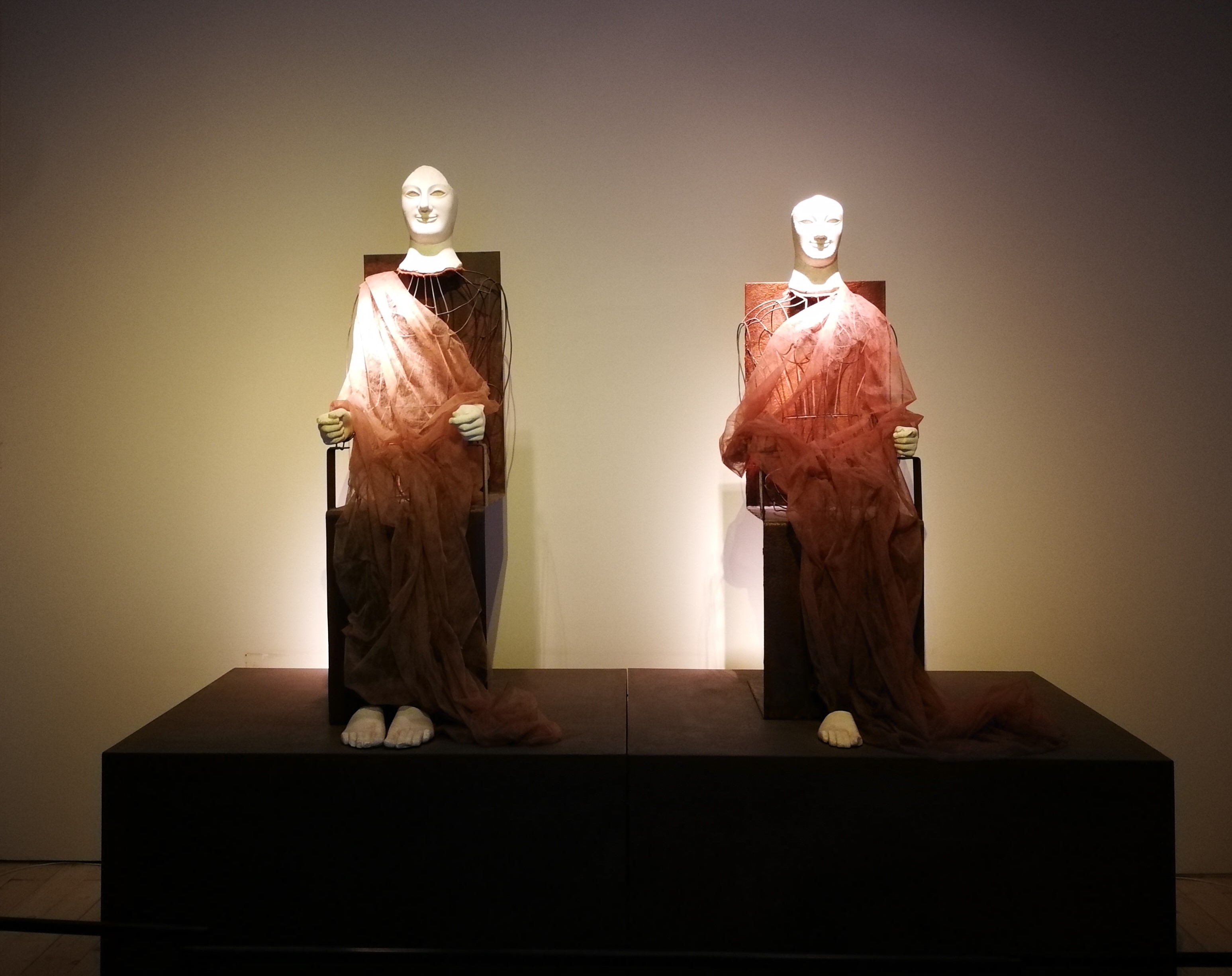 While visiting the Archaeological Museum of Aidone (Enna), you are struck by two figures seated side by side, slightly larger than real, representing the goddesses Demeter and Kore.

they have heads, hands and feet of marble on bodies composed of metal armor draped with fabric, according to acroliths technique.The acrolites of the Aidone Museum, dating around 530 B.C. come from the territory of Morgantina.They are the earliest known example of this technique and represent one of the most beautiful examples of Greek sculpture of insular influence.

The cult of Demeter and Kore was spread in Morgantina until the third century. a.c. Around the city there were several sanctuaries and an extensive one,dedicated to Demetra, was located along a slope outside the city structured on several levels.

From this area come the marble parts of the two Goddesses exhibited in the Aidone Museum. The two heads with marble hands and feet were found in 1979 by underground diggers and sold to an American collector who lent them to the Paul Getty Museum in Malibu. Here in 1986 a member of the American archaeological mission of Morgantina identified the sculptures, thanks also to the testimony of those who had seen them to Aidone immediately after the discovery and it was possible to attribute these anatomical parts to acroliths of statues of Demeter and Kore datable to the VI b.C. proving their origin.